These are my Emacs days

I've been using Atom as my primary editor for several years now. But recently there's been a tidal wave of support for VS Code. It swept through the tech industry and washed away Atom and Sublime and friends. I figured it was fruitless to fight the trend, so I switched to Emacs. 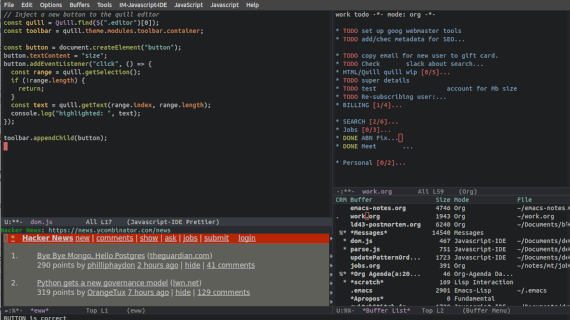 Now that I reflect on it, it's been a long time coming. From early on I suspected it would end this way. Somehow I intrinsically knew it would eventually happen.

This was written by Mr Speaker. Posted on at 5:53 am. Filed under Nerd, The common man. Bookmark the permalink. Follow comments here with the RSS feed. Trackbacks are closed, but you can post a comment.