"Make a game in a month, with crazy retro-like restrictions, and if you win you we'll put it in a real-life arcade machine in front of the general public." Now that's a pitch that I'd find difficult to walk away from. And so I poured selected parts of my heart and soul into "DIGIBOTS & CO."... a game by Mr Speaker. 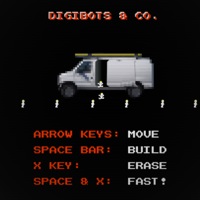 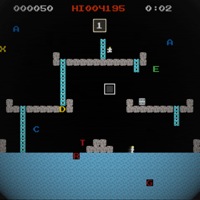 The story begins with the "No Future Contest" organised by French digital arts centre Visages du monde. It ends there too. In between is 3-and-a-bit weeks of blood, sweat, and tunes. The goal of the competition was to create a game with the theme "Au Travail !" (Work It!) limited by one or more insane constraints. As I'm quite the fan of visual distortion, glitched up music, and digital decay - the constraint choice for me was an easy one:

With the guidelines established and motivation high, the next step was blueprinting and carefully architecting the game design specification. These kind of documents can often be filled with far too much detail, so I like to keep mine to the bare minimum. Here is the final product: