British Pathé recently released 90,000 videos on to YouTube (though I could only find 82058 of them) - I wanted to make some kind of mashup art with it, but was not creative enough to think of anything interesting. So, instead I present: Random video player! Randomly (and pretty-much-endlessly) play through the collection, marveling at the wonders of the not-so distant past. 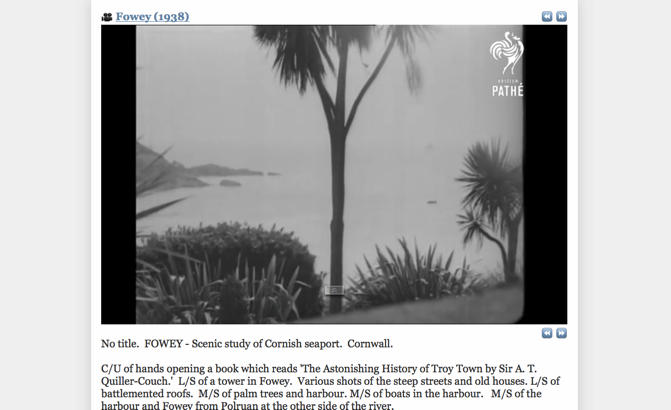 If you want to play with the code, check out the repo... it's an ES6 React app, that uses RxJS to create and consume a stream of video ids based on button clicks & pop state events.

This was written by Mr Speaker. Posted on at 4:55 am. Filed under Nerd, Wide world. Bookmark the permalink. Follow comments here with the RSS feed. Trackbacks are closed, but you can post a comment.